Students will finish adding color to their Totem Pole Projects this week. They will be using markers as a medium.

The Indians originally used pigments made from clay and roots.  The colors were very bright and became subdued after the pole had weathered several winters.  The symbolism of the colors changed a little in different parts of the United States.   Therefore we have attempted to give only a general meaning to the prevalent shades.

WHITE: This color is used, along with other light colors, as a background and predominating shade.  As a rule it symbolized the skies and spacious heavens.  It also stood for purity, peace, and death.

Red: Generally this color stands for blood, war or valor.   Sometimes it is used as appears in nature, such as the crest of a red-headed woodpecker, the scarlet tanager or frequently the tongue of an animal.

Blue: This color was most commonly used as the symbol for the rivers, waters, and lakes, also the skies.  Certain tribes even used used it for mountains in the distance.  It stands for sincerity and happiness. Berries formed a large portion of the natural materials for this color.  Western clay and pigments of the canyons also lent varying hues to this effective color.

Yellow: The natural abundant materials made this color a very popular and predominating one. Clays, roots, and tannic barks furnished the natives with dyes.  Yellow reflects the symbol of the sun, light and happiness.  Yellow dye is readily make from tree moss.

Green: It may easily be realized that this color represents the earth, the hills, the trees, and mountains, so common in all Indian legends.

This color may be obtained by mixing two primary colors, yellow and blue, or it may be made from simple acid action on copper. In certain sections of the west and northwest copper was rather abundant. Other parts of the country used the juice of grasses.

PURPLE: Huckleberries give a very good substance for dyeing and the Indians used this commonly. Purple is an excellent color for recessed Portions of the carving and for symbols of a reverent nature. It stood for mountains in the distance and general conventionalized signs.

BLACK: Mud from sulphur springs and other earth deposits made this color available to the Indian.  As a rule it stood for power.

THE FOLLOWING PLAN IS SUBJECT TO CHANGE

ACCORDING TO STUDENTS’ PACING

THE DUE DATE THEREFORE, IS THE NEXT DAY

IT HAS BEEN ASSIGNED.

IXL is also a part of the students’ weekly homework assignments. Each student must complete the assigned IXL activities during the week. This will be checked every Sunday evening. This week the students must complete:  IXL FF.14

MAP TOOLKIT: Do you want to improve your MAP scores?

HELLO! WELCOME BACK TO A NEW WEEK!

Today is your deadline to submit your travel brochure. I already have some of the brochures. Your grade will be posted on Tuesday, April 24 the latest.

You will also have the retake of last week’s test.

We will begin a new project. For this project, I will provide the cardboard needed for the project and you will need markers, crayons, and/or colored pencils. You may print from the internet as long as you cite the source, as it is part of the rubric.

This new project is due: FRIDAY, MAY 11

We will discuss the project, rubric, and expectations in class. The description and rubric can be found in the following link:

Students have finished designing their totem poles; they have demonstrated great skills in understanding that designing a totem pole requires a lot of thought. They represented each family member with spirit animals. Students also were very perceptive in the sense that there is a particular style in Native American Art, geometric like figures and patterns are very evident in this type of art. The totem pole is representative of Northwest Coast Indigenous cultures and art forms. Here are some examples of students work. 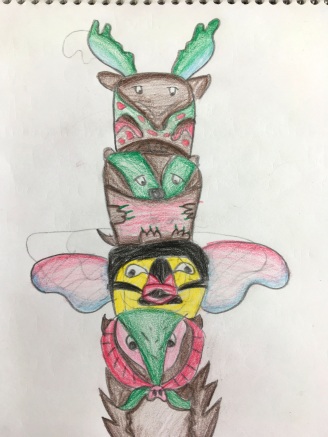 THE FOLLOWING PLAN IS SUBJECT TO CHANGE

ACCORDING TO STUDENTS’ PACING

THE DUE DATE THEREFORE, IS THE NEXT DAY

IT HAS BEEN ASSIGNED.

IXL is also a part of the students’ weekly homework assignments. Each student must complete the assigned IXL activities during the week. This will be checked every Sunday evening. This week the students must complete: FF.4 AND FF.15 FOR THURSDAY APRIL 19

MAP TOOLKIT: Do you want to improve your MAP scores?

This is our last week to complete the travel brochure.

New project – Poster. The guidelines and rubric will be carefully discussed after the test on Monday. 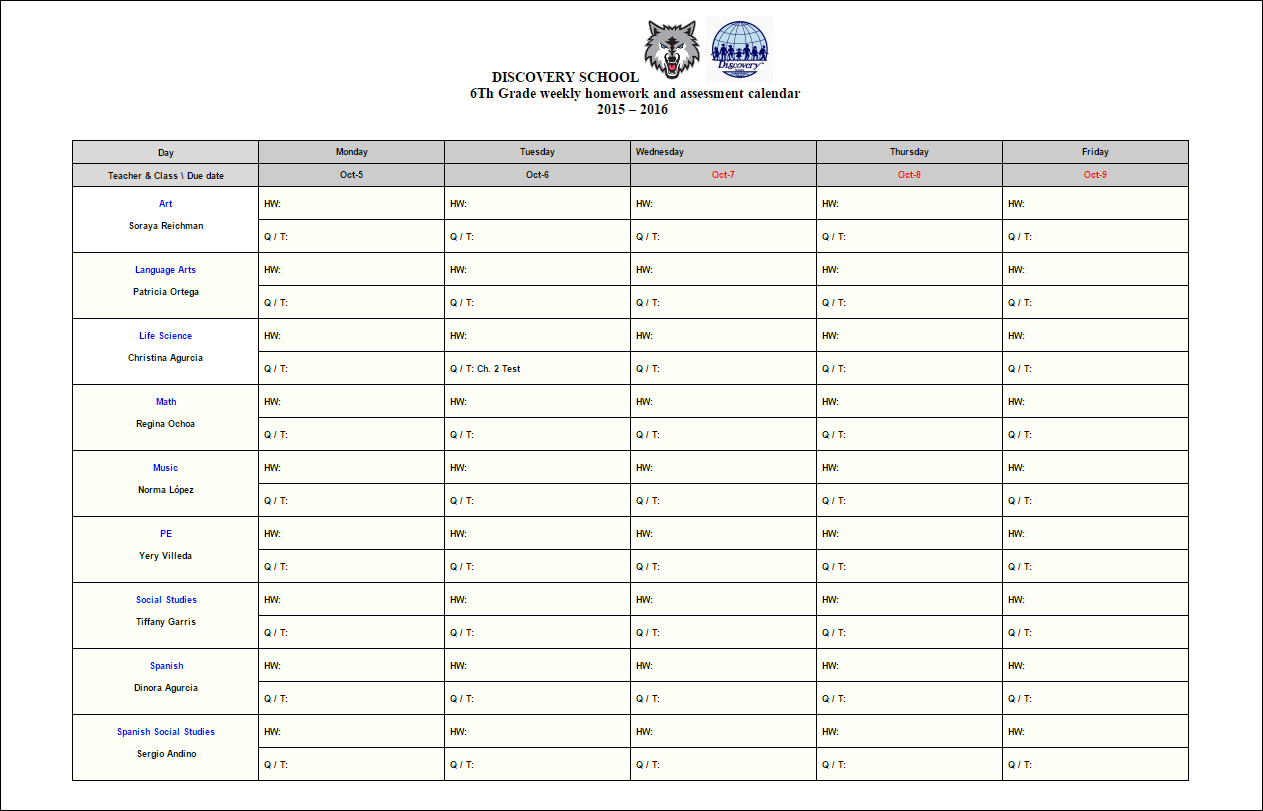